Who am I to Judge? 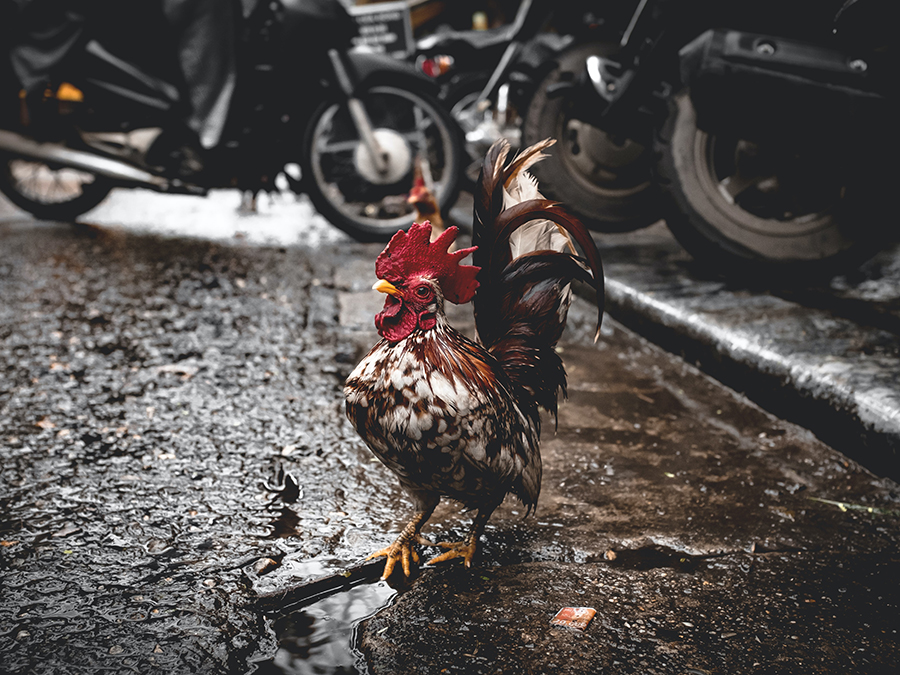 You don’t have to raise your hand. Pretty sure we’ve all had a thought like that at one point or another.

There are lots of examples of that type of person. The bad ones like the person at work who spends all their time gossiping and backstabbing. The really bad ones who don’t have the same political beliefs as you (or beliefs about masks and vaccines? Really?). The really really bad ones who are racist or just generally hateful to others. The super bad ones who are on death row for murder. And the ultimate baddies who deny Christ three or more times in the same night.

“Now Simon Peter was standing and warming himself. So they said to him, “You also are not one of his disciples, are you?” He denied it and said, “I am not.” One of the servants of the high priest, a relative of the man whose ear Peter had cut off, asked, “Did I not see you in the garden with him?” Peter again denied it, and at once a rooster crowed.”

That’s not just a bad look for Peter. That’s full on denial of the Son of God. That’s the sin that all other sins are built upon. A person doesn’t willfully commit adultery or theft or murder without at least implicitly denying Christ. And yet, here’s Peter, the guy Jesus said He would build His church on, denying Christ three times in one night.

If there was ever a person we should condemn, that’s our guy. And yet, Christ didn’t do that. After He died and resurrected, one of Jesus’s stops was to visit Peter and six other disciples. They were back at their pre-“disciples of the Son of God™” job, fishing on the Sea of Tiberias. It’s during this exchange that we see how Christ deals with Peter.

There’s a lot going on in this conversation, more than one blog post’s worth. Here’s the main idea, and the thing we can take away from this exchange. Jesus reminds Peter of his sin when He asks Peter three times if he loves Him. That’s the same amount of times that Peter denied Christ. But Christ isn’t just leaving him in his sin. He’s giving Peter the chance to repent, which Peter does. And then He gives Peter instructions. Yes, Peter does love Jesus, so he is to go and care for others who do as well.

I heard a quote recently. I don’t remember who said it or how it goes exactly, so I can’t attribute it. But my paraphrase is:

Is it our place to judge non-Christians on their sin? No, it’s not. Instead, we should love them and share the good news with them. And when they repent, we should rejoice that another brother or sister was adopted into our heavenly family! Should we judge other believers who are living in sin? Yup. But that’s a different conversation for a different day.

Homeless man returns to pay for Little Debbie snack he...

A homeless man in Arkansas returned to a gas station to pay for a Little Debbie cake he was told to take...

A deputy ran into a burning home on Sunday and rescued a 3-year-old boy who was hiding from the fire and smoke underneath...

12 Texts to Send Your Partner After a Big Fight

Disagreements are inevitable. Voices get raised and one thing leads to another. You can't take the words said out loud...

Puppy Siblings Adopted by Different Families Immediately Recognize Each Other...

When Monty crossed paths with Rosie, they began hugging, as though being reunited, so their owners started chatting. See what...

Are you an extrovert, introvert or ambivert? {QUIZ}

Knowing your traits will help you figure out how you can best fit and function in the workplace and the...