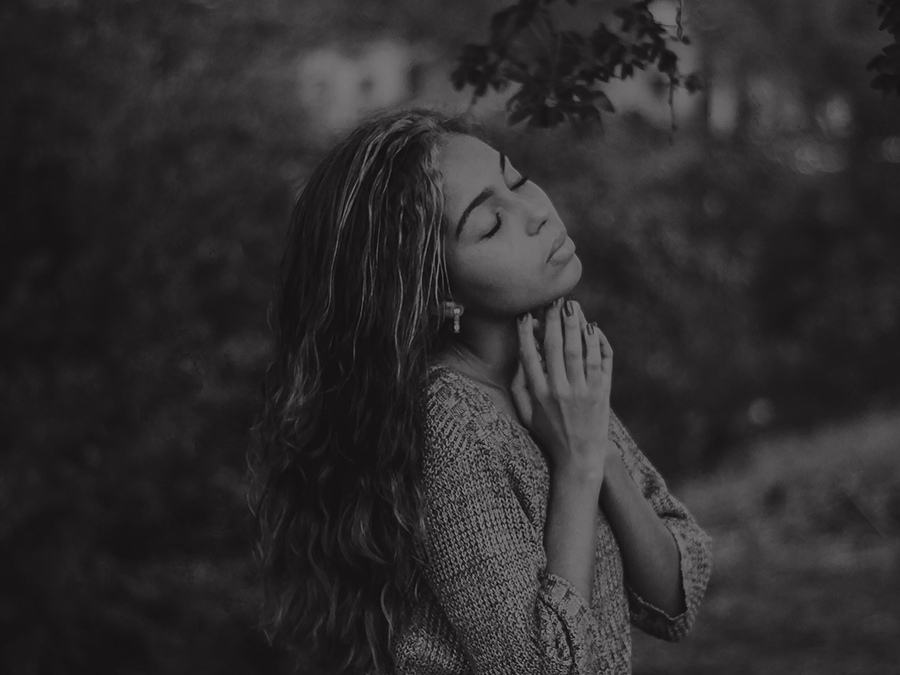 I love songs. I mean, I better since I work at a radio station. My favorite songs are the expressive ones. The ones that convey all of the emotions or paint vivid pictures with words and sounds.

NF makes a living off those types of songs. Tell me you don't listen to even one of his songs without feeling a certain type of way.

WhatupRG does it for me too. Man, I can't listen to 4AM without hurting.

We see emotions expressed in song all through the Bible too. Just two chapters in and Adam is singing! Granted, he just met his new wife, the most perfect woman who ever lived. It's safe to say we would all be singing.

But he's not the only one. Mary sings a beautiful song when she finds out she's pregnant with the Son of God. Moses sings a song reminding the Israelites of all God has done for them.

And then there's David.

David was the most prolific songwriter in the Bible. The majority of the book of Psalms was ascribed to David. He wrote such classics as:

The LORD is my shepherd; I shall not want.
He makes me lie down in green pastures.
He leads me beside still waters.
He restores my soul.
He leads me in paths of righteousness
for his name's sake. (Psalm 23:1-3)

Create in me a clean heart, O God,
and renew a right spirit within me.
Cast me not away from your presence,
and take not your Holy Spirit from me.
Restore to me the joy of your salvation,
and uphold me with a willing spirit. (Psalm 51:10-12)

But one of my favorites is Psalm 65. That song is all about praising God for who He is and what He's done. David starts by telling God that He deserves praise for saving us and anyone who gets to spend time with God is blessed. Then he gets to the good stuff.

The second verse reminds us that God created the world. "The one who by his strength established the mountains," (v. 6) "who stills the roaring of the seas." (v. 7). "You make the going out of the morning and the evening to shout for joy." (v. 8)

In other words, God created all of the beauty we see. Mountain ranges? He did that. Rainforests? Yup. Cute little sloths? Those are His, too. Not only that, but He also controls all of the terrible things in nature. And that should make us sing and shout every time we go outside and look around!

But it's the last verse that's so amazing. David says that God "visit(s) the earth and water(s) it." (v. 9) He shows all of the ways that God takes care of what He created. The pastures overflow, flocks of sheep cover the meadows, the valleys are full of grain. Think about that for just a second. Picture it in your mind. The all-powerful, sovereign, outside-of-time creator of the universe cares enough about the earth to tend to it like a gardener. He's out here in his crocs and straw hat making sure every leaf is where it should be, every single plant has the nutrients it needs and the predators are kept away.

Now go back to the first verse. God takes the time to tend to His creation, to water the earth. But He also hears our prayer. He saves us from our sins. He cares about us even MORE than the world He created for us. If that doesn't make you sing, then nothing will.