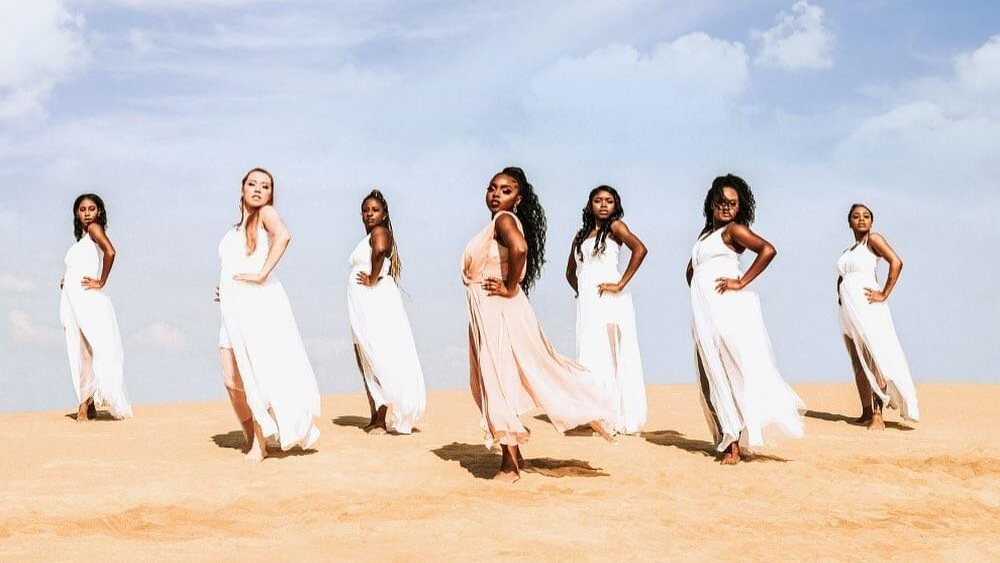 Lauree, from NGEN Middays, virtually sat with WANDE & talked about how her time in quarantine has been!

L: How long have you been in quarantine & when was the last time you left your house?
W: I think it's about week three now, so it's been a minute! I went to the store yesterday. I had to get some essentials from Walmart, so I had my mask, gloves & hand sanitizer. I was like, okay we're going on a mission. I try not to leave the house unless it's an emergency or I really need to restock.

L: How's your family doing?
W: Everything is good, my mom is actually a nurse so thankfully with her working in the hospital, God's showed grace & she's been healthy.

L: What have you learned during quarantine?
W: I have definitely learned the importance of calling people & checking up on them. I've been having a lot more actual phone calls, checking in on people and seeing how life is doing. It's been nice to see how people have been doing and even reconnecting with old friends. A lot of times, we get so busy with life and forget how important it is to do that. So, just learning the importance of keeping connected with those you love and making sure your continually checking up on them.

L: Who's someone you've enjoyed spending more time with virtually?
W: So, I've been using this app called house party and I've been connecting with some of my friends from college. That's been a lot of fun, going on there and playing the games.

L: After quarantine, what do you look forward to the most?
W: Definitely, concerts! I really want to have a concert, I might just have to have a pretend release party like a 6 month anniversary release party or something!

L: How has coming off the road and cancelling shows effected you?
W: It's effected me drastically. I had a lot of shows lined up for the summer and release parties, so I was really excited to get it going, but at the end of the day, God knows more than we do. So, I had to pivot, this is the new reality so we're just gonna keep it going. So, I've been planning a lot of digital solutions to things. Like even a music video I had planned, we came up with a digital way to make a new concept, so that will be released soon. I actually started doing consulting, now I talk to people one on one. So, just replacing the time I would have been doing other stuff with other fruitful things.

L: We are encouraging one another to rise up in their community, Is there someone or something you've seen that has been really cool?
W: Actually, Reach started this thing to give back to the people that are behind the scenes in a lot of our artists lives. It's like a foundation to give back. For instance, my manager and photographer, they are basically highlighting the people who take photos on tour or the people that act like our work mom. It's been cool because Reach gives them a shout out and highlights ways you can support them, a lot of fans have been really generous. They've been severely impacted because if we don't make money, they don't make money. If we don't go on tour, they cant take pictures of us. So, it's been cool for Reach to say like, it's not just about the artists, it's bigger than that and to make this come to life.

Huge shout out to WANDE for hanging out! Be sure to check out more with WANDE & her new album 'Exit'