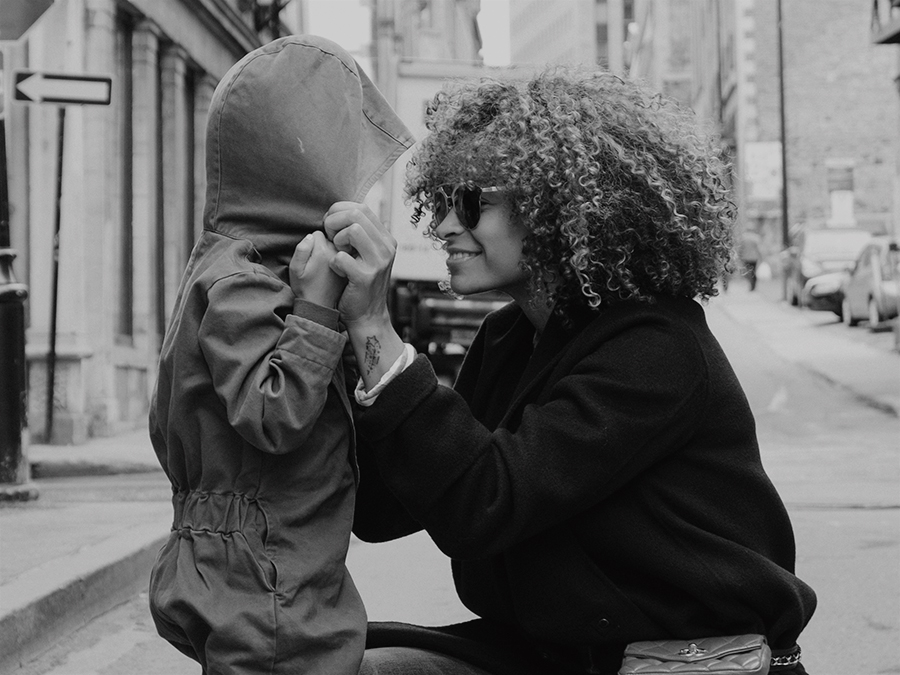 I know the moms in my life are that way. Both my mom and my wife consistently put their families before themselves. Think about it …

Moms are the ones who make sure their kids have the best kicks even though they’re running around in Payless specials.

Moms are the ones who eat cold dinners because they make sure everyone else at the table has what they need first.

Moms are the ones who have bags under their eyes because they work a solid 40 hours, come home and clean the house, make a fifth grade “Goosebumps” diorama and still find time to attend all of their kids’ meetings. I’m just tired writing all of that.

Don’t get me wrong, we dads do work too. But moms deserve special honor. I’m reminded of a mom in the Bible who is the definition of selflessness. Her name is Hannah. She had such an impact on my wife and me that we named our daughter after her! You can find Hannah’s story in 1 Samuel.

Hannah was barren. the Bible actually says God closed Hannah’s womb. So Hannah prayed and asked God to give her a son. She even promised to give him back to God if He would provide. I don’t know about you, but I’ve promised God things plenty of times in desperation. I’d love to say I carried through on them, but I’m pretty sure I didn’t. Have you been there too? Made rash promises to God in your time of need? And if we’re being honest, if we were in Hannah’s position, we would have a hard time following through on her promise to God. I know I would.

She gave birth to a son and named him Samuel, which means “heard of God.” And as soon as he was old enough, she took him to the house of the Lord and left him there. Hannah prayed for a son, vowed that if God would provide her with one she would devote him to God, then delivered on her vow. That’s an awesome momma.

But she wasn’t done. When you have some time, read 1 Samuel 2:1-10. It’s Hannah’s prayer after she left Samuel with Eli, the priest. She says things like, “My heart exults in the Lord” and “There is none holy like the Lord.”  Hannah’s selflessness as a mom was only surpassed by her faithfulness to God. Just like so many of our mommas!

So honor the momma in your life this Mother’s Day. Make sure she knows you recognize how much she’s done for your family. Thank her for loving you, loving her kids, cuz that’s not always easy!