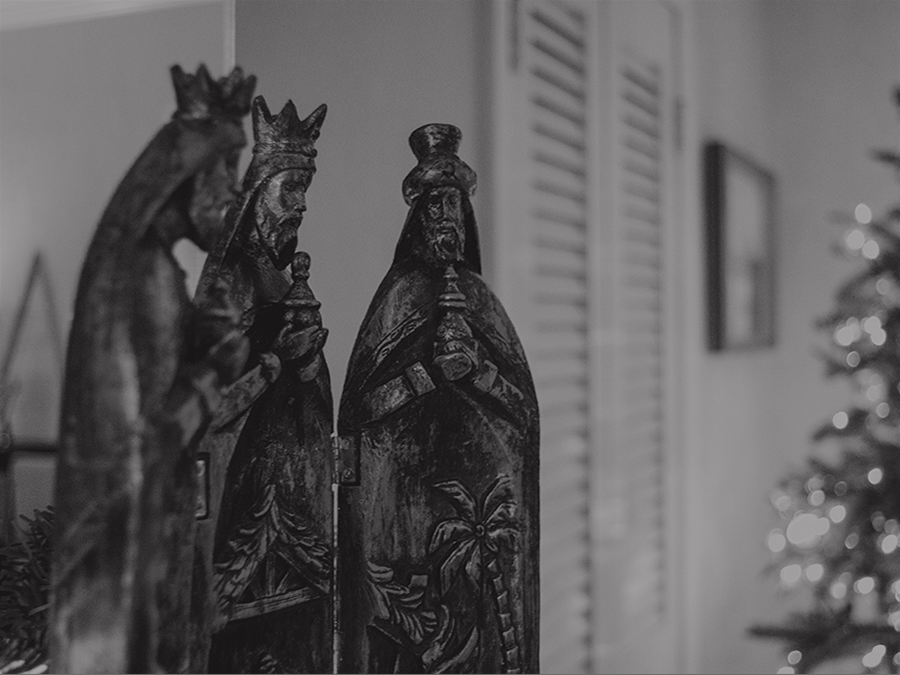 We started looking at misread and misunderstood verses in the Bible last post. If you want to get caught up, you can go here.

Christmas is now 2 weeks(!) away, so I thought it would be good to look at some things we frequently miss in the Christmas story. Don’t worry, I won’t ruin “Mary, Did You Know?” for you (spoiler: yeah, she knew–mostly).

Before we get started, let me assure you that my aim is not to ruin the Christmas story. No, I’m hoping to do the opposite and help us all to be even more amazed at the incarnation–the act of Jesus, the Son of God, taking on humanity so that we can be saved. In fact, if you keep reading you’ll see that we get ALL of the important parts of the story right. That’s a good thing! I’m hoping to just smooth the edges a little bit. It’s good to get these facts as right as we can, because if we are clear about the little things it helps us to be clear about the big ones! We should always strive for truth, in the trivial AND the important.

With that in mind, I don’t know of any better place to start than our beloved nativity scene. Most of our experience with nativity scenes falls into one of two categories.

You have Mary, Joseph and baby Jesus of course. There are some shepherds and sheep, possibly an angel, and usually three wise men, with or without a camel. And it’s all in front of a thatched roof stable contraption. Do you have one of these at your house? Good news, about half of it is Biblically accurate!

If our nativity scene was accurate, the wise men (or magi, if you’re fancy) would be stationed about three houses down. They were not present at Christ’s birth, but they did come visit him while he was still little. We don’t know exactly how old he was, but we do know some things. Matthew 2:1 says they came “from the east,” some place like Babylon or Persia. If they came to Bethlehem from Babylon, you’re looking at a 40-day journey. Verse 11 says they went into the house where Jesus was staying. Houses are not mangers, so Jesus and his parents would have found a place to stay by the time the wise men arrived. Also, when the wise men left without telling Herod where Jesus was, Herod decided to kill all the male children under the age of two.

So we know that Jesus had to be between a month old and two years old. We can narrow it down even further. Matthew 2:7 says Herod asked the wise men what time the star had appeared. Based on what they said, he made his decision. Because he settled on two years and the age for his horrible act, it’s likely that Jesus was closer to two than four months.

Another note on the wise men: there were more than three. Traveling that great a distance, there would have been a big entourage, not just three guys on their camels. We assume three because they had three gifts. Also that “We Three Kings” song doesn’t help any.

The wise men are an important part of the Christmas story, though! They weren’t Jews, but they still knew Old Testament prophecy. They knew from Numbers 24:17 that a star would point to a Jewish messiah. The wise men were the first Gentiles (non-Jews) to worship Christ, even though they didn’t fully understand what he was born to do. They foreshadowed the worship of Jesus by all of us, every nation, tribe and tongue!

First, there were definitely angels around at Christ’s birth. Plural. Luke 2:9 says an angel of the Lord appeared to shepherds out in the fields outside of town. That’s one. Verse 13 says a multitude joined the one angel and started singing. Do you know how many is a multitude? Thousands! There were thousands of angels in the field with the shepherds.

These poor shepherds, who were hanging out in the middle of nowhere, making sure their sheep didn’t get eaten by predators, were suddenly surrounded by thousands of angels. Oh, and also the glory of the Lord. I forgot to mention that small detail. The angels were singing and praising God! I have no doubt those shepherds were changed forever.

But the angels weren’t visible at the manger with Christ, according to Luke. Verse 15 starts, “When the angels went away …” The shepherds didn’t go to Bethlehem to find Jesus until AFTER the angels had left. They are an important part of the Christmas story, so I can see why people would include them. We should absolutely read that part of Luke and be in awe at God’s glory! But they didn’t need to be visible at the manger. Jesus was enough.

Are you still with me? There are a couple more things to look at, but we will save them for next week. In the meantime, I love reading the story of Christ’s birth in the Bible every Christmas time. I would suggest reading in this order: Luke 1, Matthew 1, Luke 2, Matthew 2, that way you get a pretty good idea of the order of events of his birth.