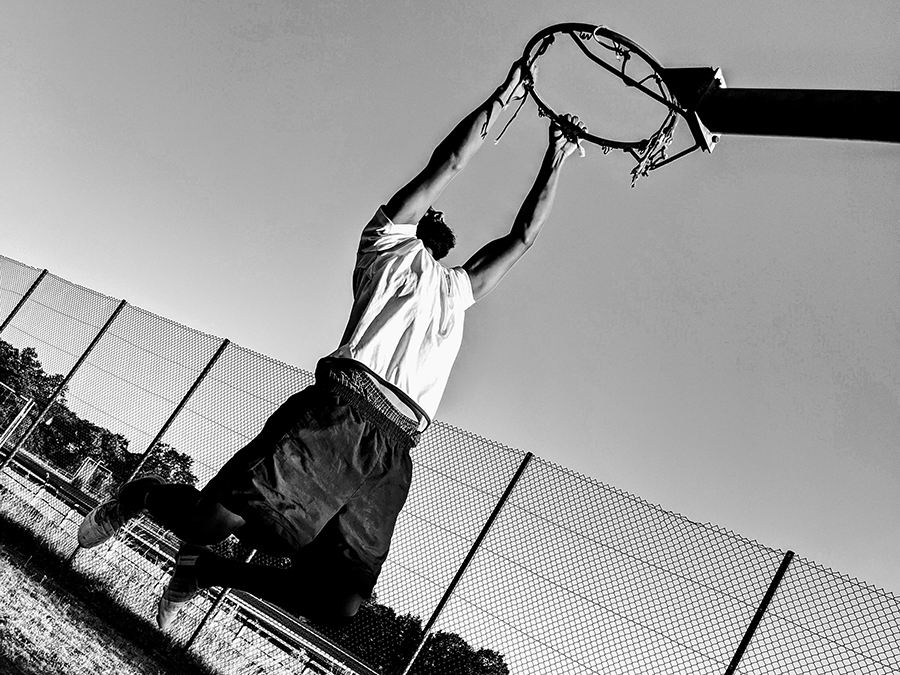 Reading the Bible can be intimidating. There are names we’ve never seen before (Jehoiachin?!), sentences that seem to run on for days and every literary genre you can imagine. It’s easy to just turn to our favorite inspirational meme with a Scripture reference on it and call it a day. The trouble is, seeing one or two verses out of context can sometimes lead us to misunderstand what the author is actually trying to say.

Here’s an example from another source: Harry Potter. In the beginning of Harry Potter and the Sorcerer’s Stone, the very beginning of the series, Harry’s Uncle Vernon says, “There’s no such thing as magic!”

Imagine if you took that one sentence and built your whole perception of the Harry Potter franchise on it. You would be shocked to learn that Harry is a wizard and, in his world, magic is very real!

Which brings us back to the Bible. I thought it would be a good idea to take some of the most common misunderstood verses and look at them again in the proper context. We will take one verse at a time for the next few blog posts, starting with every athlete’s favorite verse:

“I am able to do all things through him who strengthens me.” – Philippians 4:13

Made famous by inspirational posters, eye black and Tim Tebow, most people take this verse to mean that Jesus gives us the strength to achieve whatever we put our minds to. It’s a great sentiment to think about to motivate us to try harder and improve. It’s also not what Paul meant when he wrote it.

Think about it, how many times do you see players on either side of a game sporting the same verse on a headband or tattooed on a forearm? They can’t both be victorious, can they?

Let’s look at Philippians 4:13 in context. We will start broad and work our way down to the paragraph the verse comes from.

Paul wrote this letter to a church in Philippi, a colony of Rome. The church was the first one he ever founded in Europe, so it held a special place in his heart. The purpose of his letter was to encourage the church to not become complacent, but instead continue to strive for “the upward call of God in Christ Jesus” (3:14). He wants them to continue to progress spiritually, and he uses examples of what that would look like, including himself.

Which brings us to chapter 4. After giving the Philippians a list of things to remember to do as believers–things like “rejoice in the Lord always (4:4),” “don’t worry about anything, but in everything, through prayer and petition with thanksgiving, present your requests to God (4:6)” and “do what you have learned and received and heard from me (4:9)”–Paul addresses their concern for him. Let’s look at verses 10-14.

“I rejoiced in the Lord greatly because once again you renewed your care for me. You were, in fact, concerned about me but lacked the opportunity to show it. I don’t say this out of need, for I have learned to be content in whatever circumstances I find myself. I know both how to make do with little, and I know how to make do with a lot. In any and all circumstances I have learned the secret of being content — whether well fed or hungry, whether in abundance or in need. I am able to do all things through him who strengthens me. Still, you did well by partnering with me in my hardship.” – Philippians 4:10-14

The Philippian church was concerned for Paul because he was in jail in Rome. Paul’s response was that he had learned to be content in any circumstance. He is content with a lot, and content with a little. He says he’s learned the secret of true contentment. What was it? It’s right there in verse 13: Paul can be content through Christ who gives him strength. Paul wasn’t trying to achieve greatness. He wasn’t trying to overcome obstacles or conquer mountains. He was enduring. And more than that, he was doing it with joy in his heart because his strength came from Christ.

Contentment in whatever situation you find yourself in is a far cry from the way we try to use this verse, isn’t it? Could you imagine Jose Altuve in the World Series game 7 postgame press conference saying, “I can do all things through him who gives me strength” when asked how he felt about losing the championship? Not me, but he would be using the verse in the way Paul intended!

So what do we do now that we can’t ‘Philippians 4:13’ our way to victory? You’re in luck, Paul talks plenty about athletics and working hard. Here is just a taste:

“Whatever you do, do it from the heart, as something done for the Lord and not for people.” - Colossians 3:23

“Also, if anyone competes as an athlete, he is not crowned unless he competes according to the rules.” – 2 Timothy 2:5

“Don’t you know that the runners in a stadium all race, but only one receives the prize? Run in such a way to win the prize. Now everyone who competes exercises self-control in everything. They do it to receive a perishable crown, but we an imperishable crown. So I do not run like one who runs aimlessly or box like one beating the air. Instead, I discipline my body and bring it under strict control, so that after preaching to others, I myself will not be disqualified.” – 1 Corinthians 9:24-27

Goodwill donor in Texas accidentally leaves $5,000 in jacket, gets...

A man in Texas has been reunited with an envelope containing $5,000 after his wife accidentally donated the cash to Goodwill inside...

Pre-K Teacher Donates Kidney To 5-Yr-Old To Give Her The...

Thanks to an incredibly generous act of kindness by Kayleigh’s former preschool teacher, she is finally tube-free and able to...

Baltimore Guy Who Dropped Out Of University Donates $20 Million...

A Baltimore man who dropped out of university for financial reasons has now donated $20 million 40 years later –...

A 7-year-old Alabama girl selling lemonade to help pay for her much-needed brain surgeries has captured hearts across the globe. See the...

Classmates bullied her but her voice is one and a...