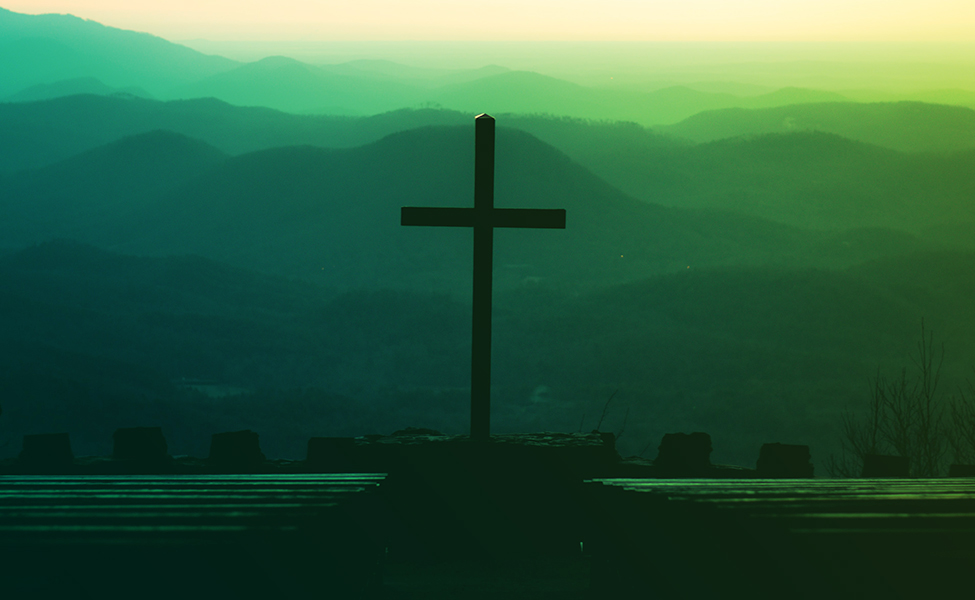 Imagine having a conversation with your unbelieving friend. You patiently and diligently explain to him about how a man who lived 2,000 years ago sacrificed himself for your friend. You're getting more and more excited, more animated.

And you're met with a blank stare.

Why do the actions of someone who lived so long ago matter to any of us? Because He wasn't just any man!

We can't truly understand the magnitude of Easter without first knowing Who Christ truly is. The New Testament authors knew that, which is why they spent so much time on Jesus' identity. John even spells it out for us toward the end of his book.

Now Jesus did many other signs in the presence of the disciples, which are not written in this book; but these are written so that you may believe that Jesus is the Christ, the Son of God, and that by believing you may have life in his name.

So who was Jesus? He was a man, of course. Fully man. But He was also fully God. If you want to impress your friends, that's called the hypostatic union. There is evidence of Christ's deity throughout the Bible, but let's just camp out in the Gospel of John.

The Word is a reference to Christ. We know this because a few verses later, John says the Word became flesh and dwelt among us (1:14). So from jump, John tells his readers that Jesus is God. John proclaims Christ's deity. Throughout his book, Christ will do the same.

There are seven famous claims that Jesus makes about Himself in John. They are called the "I Am" statements. If that sounds familiar, it should! "I Am" is what God the Father called Himself when Moses asked Him what His name was (Exodus 3:14). His name carries so much weight, so much power, that the Israelites would not even speak or write it. When you read the Old Testament and you see Lord, in small caps, that's shorthand for the name of God.

So for Jesus to claim "I Am" for himself was a monumental claim. But it was a claim that He backed up with His life, actions, burial, and ultimate resurrection. Each of Jesus's "I Am" statements tell us something about His deity.

I Am the Bread of Life

In John 6:35, Jesus tells a gathered crowd, "I am the bread of life; whoever comes to me shall not hunger, and whoever believes in me shall never thirst." Jesus was not talking about physical bread, of course. Instead He nourishes us spiritually. Whoever trusts in Christ has their spiritual longings satisfied, particularly their longing to know God.

I Am the Light of the World

Again Jesus spoke to them, saying, “I am the light of the world. Whoever follows me will not walk in darkness, but will have the light of life.” (John 8:12). Jesus fulfills Old Testament prophecies proclaiming the coming "light" of salvation and of God.

I Am the Door of the Sheep

In John 10, Jesus makes two different "I Am" statements. In the first, He is making it known that He is the only way to be part of the people of God. It is only through Christ that we can be part of God's flock.

I Am the Good Shepherd

Not only is Jesus the way to join with God's people, but He is the protector and overseer of those people. If we are sheep, then only Jesus is the Good Shepherd. That role would not be left to a mere man, but to God Himself.

I Am the Resurrection and the Life

You may have heard the story of Lazarus, Jesus's friend whom He raised from the dead. When Martha questioned Jesus's ability to resurrect Lazarus, "Jesus said to her, 'I am the resurrection and the life. Whoever believes in me, though he die, yet shall he live, and everyone who lives and believes in me shall never die. Do you believe this?'” (John 11:25–26) Jesus doesn't just have to ability to resurrect and give life. He IS life, He IS resurrection.

I Am the Way, the Truth, and the Life

Not only does Jesus say that He is the Way, the Truth and the Life (14:6), but He follows that by saying, “If you had known me, you would have known my Father also. From now on you do know him and have seen him.” (John 14:7)

I Am the True Vine

The last of the "I Am" statements in John is a metaphor. Christ says that He is the vine and God the Father is the vinedresser (15:1). All of those who are part of God's people are branches attached to the vine. When we believe in Christ as the Way, Truth and Life, then we are grafted into Him and He into us.

This year, as we celebrate Christ's sacrificial death and resurrection, let's remember who He is as much as what He's done.

The world is full of everyday heroes. People behind the scenes who go out of their way to make the...