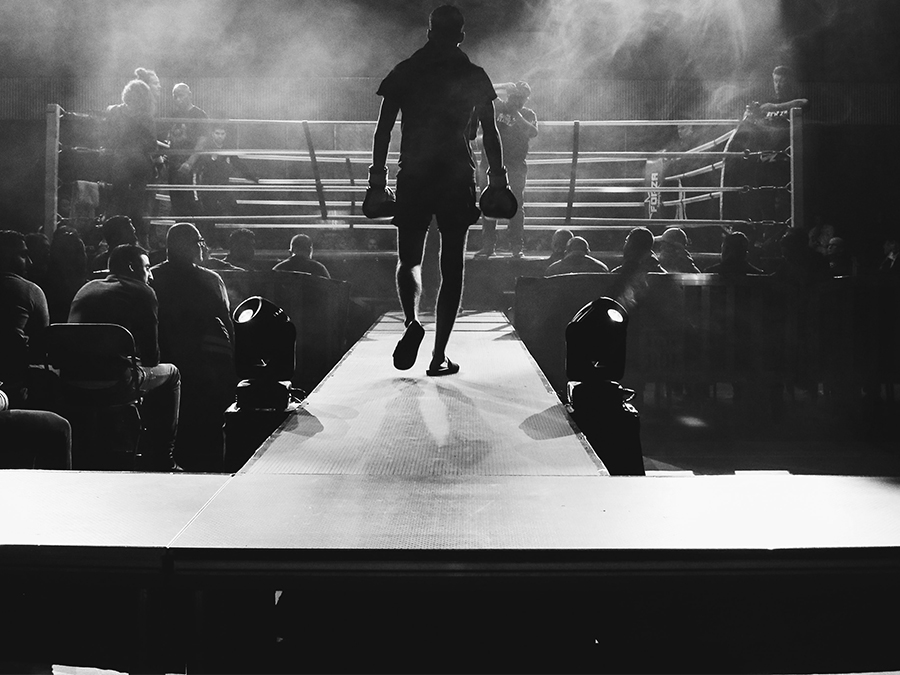 This is part 3 in a series on our post-election response as Christians. Part 1 and Part 2.

There’s a line in the fantastic movie “The Dark Knight” that I’ve been thinking a lot about lately. For the record, before we go any farther, please know that “The Dark Knight” is the best comic book movie ever made. Better even than “X-Men: The Last Stand.”

Anyway, there’s a line I’ve been thinking about lately. Alfred said it to Bruce when describing guys like the Joker. He said, “Some men just want to watch the world burn.” Please know that I’m not talking about anyone in particular. But generally, it seems like there has been a lot of world burning going on around this election season.

If your initial reaction to my quote was that I was talking about someone specific, and it stirred up feelings of anger and resentment, Jesus has some things to say to you. He has some things to say to me too, if I’m being real. It has been way too easy to get angry over the past six months. So let’s look together at what Jesus says about our anger in the Sermon on the Mount.

First, let’s begin at the beginning. In Exodus, God gave Moses stone tablets. On those tablets were written the capital L Law. The ten most famous laws are the ten commandments­–things like don’t take God’s name in vain, honor your father and mother, don’t steal, don’t covet and don’t kill. They were pretty straightforward, describing actions we might take and labeling them as sinful. Stealing is a sin. Lying is a sin. Adultery is a sin. Murder is a sin.

When Jesus comes along, He takes those commands and turns them on their head. Really, He shows the intention behind them. The actions are sinful because the attitudes behind them are sinful. That leads us to our anger. This is what Jesus says about anger in Matthew 5:21-26.

“You have heard that it was said to those of old, ‘You shall not murder; and whoever murders will be liable to judgment.’ But I say to you that everyone who is angry with his brother will be liable to judgment; whoever insults his brother will be liable to the council; and whoever says, ‘You fool!’ will be liable to the hell of fire. So if you are offering your gift at the altar and there remember that your brother has something against you, leave your gift there before the altar and go. First be reconciled to your brother, and then come and offer your gift. Come to terms quickly with your accuser while you are going with him to court, lest your accuser hand you over to the judge, and the judge to the guard, and you be put in prison. Truly, I say to you, you will never get out until you have paid the last penny.”

Ouch. Jesus isn’t pulling any punches. The old Law said if you murder, you are subject to God’s judgment. In this case, the punishment for premeditated murder was death. Jesus says the same punishment applies to someone who is angry with or insults another person. The hell of fire doesn’t need to be explained. It is exactly what it sounds like! That’s what’s awaiting someone who has an attitude of anger, who is constantly tearing others down.

I can hear you now. You’re saying, “But he started it,” “She’s my political enemy,” “There’s no way I can let them say what they’re saying without calling them out!” Don’t worry, Jesus said some things about that too.

Further into His sermon, Jesus addresses retaliation and our enemies. In Matthew 5:38-42, He says rather than getting revenge (an eye for an eye), we should show grace. We should turn the other cheek, give the man our cloak, walk two miles instead of one. Retaliation doesn’t solve anything. No clever retort on social media has ever changed a person’s mind. But here’s what does: patience, love, kindness, grace in the face of anger and vitriol.

Does that mean a brother or sister in Christ should never be corrected if they are acting or speaking sinfully? No, it doesn’t. But the Bible talks about how that should be done, and it’s not broadcast for all to see.

Finally, we get to our enemies. First, let me say this so everyone can hear, even those in the back. Someone with differing political beliefs is not your enemy–especially a fellow believer! They shouldn’t be treated as if they are. But let’s suppose we can’t get past that and we view our neighbor who voted for the other guy as the enemy. Jesus said we should love them too. There’s no wiggle room, no justifying our hatred and anger. It just doesn’t belong in the heart of a Christian.

“You have heard that it was said, ‘You shall love your neighbor and hate your enemy.’ But I say to you, Love your enemies and pray for those who persecute you, so that you may be sons of your Father who is in heaven. For he makes his sun rise on the evil and on the good, and sends rain on the just and on the unjust. For if you love those who love you, what reward do you have? Do not even the tax collectors do the same? And if you greet only your brothers, what more are you doing than others? Do not even the Gentiles do the same? You therefore must be perfect, as your heavenly Father is perfect.”

Love your enemies and pray for those who persecute you. Why? So that you can be sons and daughters of God, because that’s how God’s children act. It’s easy to love people who love us, even tax collectors do that (sorry tax collectors). It doesn’t take a changed heart to love our people. The Holy Spirit doesn’t need to convict us of caring for those who care for us. But it does take a new creation, a new spirit, to love those we would have considered enemies before.

Hopefully by now, all of the federal, state and local elections have been decided. I’m not holding my breath, but I’m hopeful. The best time for us to start rebuilding relationships with those with differing beliefs was yesterday. The second best time is right now. Do you need to repent of your anger, your resentment? What are some ways you need to turn the other cheek? And how can you start loving your enemies today?

The whole world is watching. They have been for days. Let’s show them what God’s children can do when we commit together to show love and grace instead of anger and bitterness. Like Paul says in Romans 12:21, “Do not be overcome by evil, but overcome evil with good.”