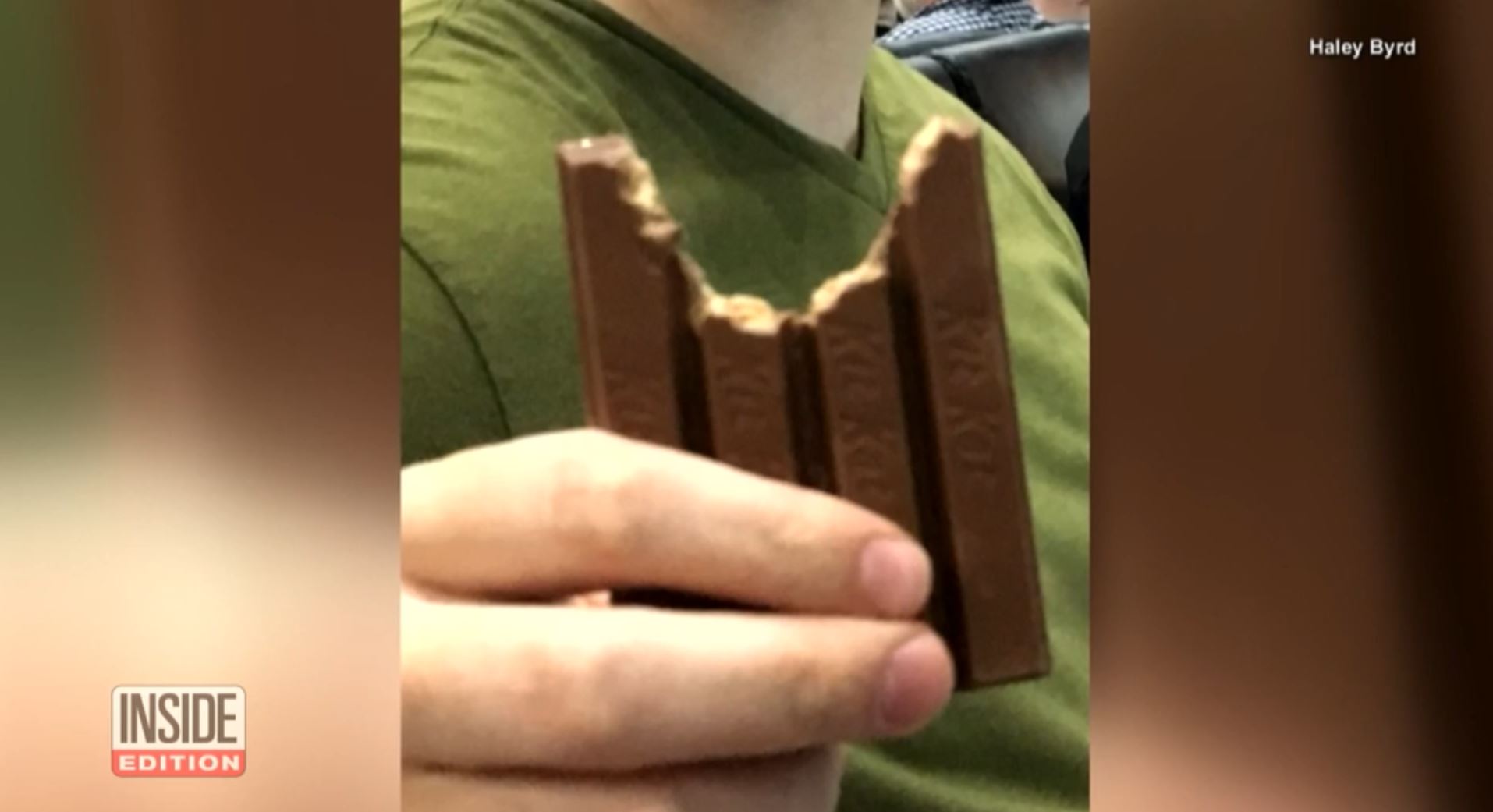 A few months ago, Evan Wilt was subject to viral shaming due to the way he ate a Kit Kat (pictured above). He claimed he had never had a Kit Kat before and wasn't sure how to eat it. His girlfriend was amazed by the hilarity and tweeted a photo which immediately spread. They received a huge response from the Twitterverse, including people encouraging her to "Dump him."

Well, she didn't break it off (and neither did he, which was the whole issue)! So, when the time came to propose to his girlfriend, he knew he wanted to incorporate the candy bar in some way. Evan reached out to Kit Kat in hopes they would help him with the proposal. After a lot of brainstorming, they settled on a 3D-printed Kit Kat held together with magnets with a ring embedded inside of it! Evan's girlfriend had a hunch he was going to propose but loved the romantic and hilarious gesture!

Glad you were able to redeem yourself, Evan.