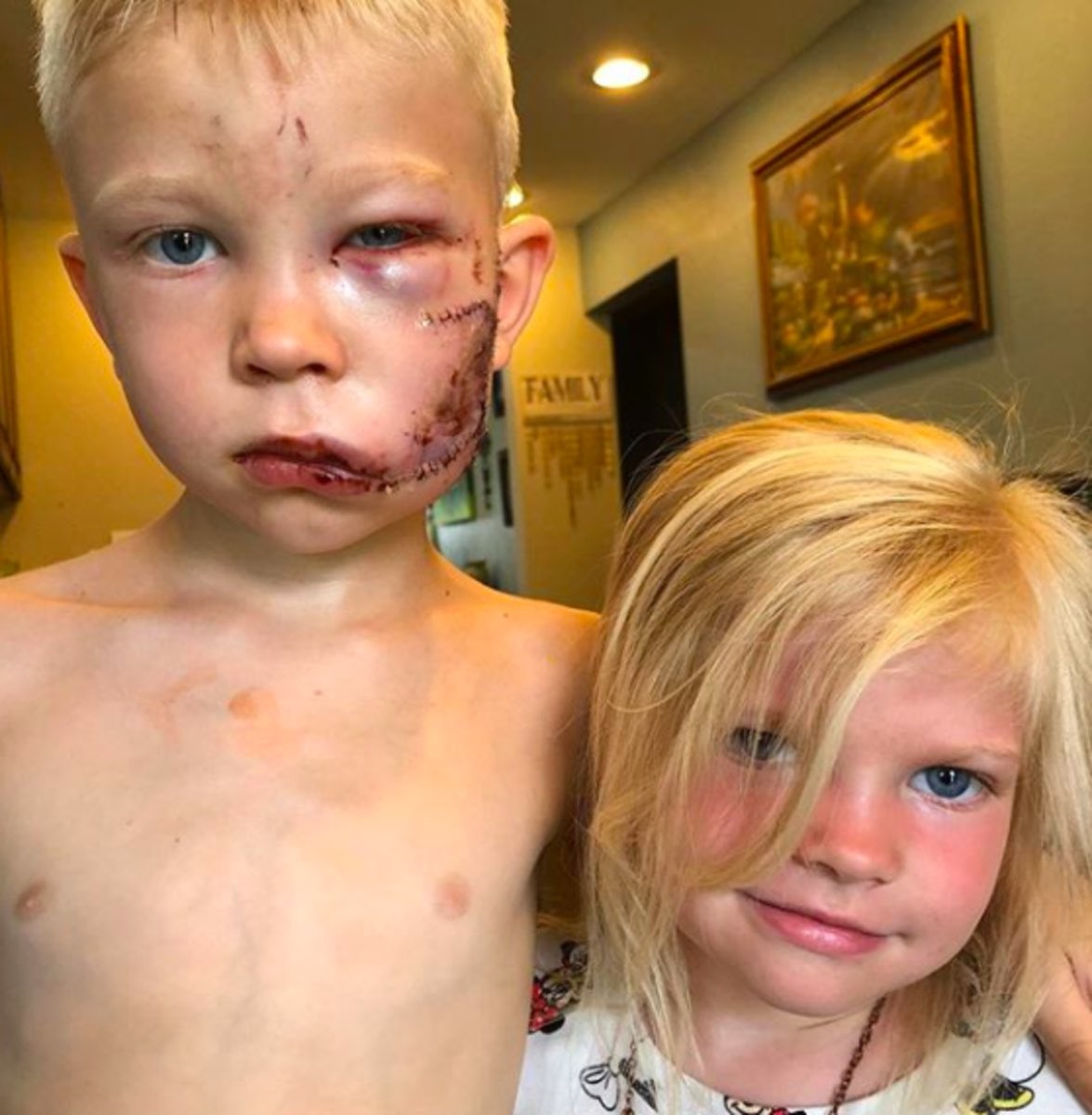 You saved your sister from an attacking dog, though you got hurt, and you knew you’d get hurt. I am so proud of you, young man. Keep on. Keep on. pic.twitter.com/wBy0fuv07L

"What you did was so brave, so selfless. Your sister is so lucky to have you as a big brother."

A 6-year-old boy who saved his sister from a dog attack received a special message from Captain America himself, actor Chris Evans. https://t.co/8CFIhT6pcG pic.twitter.com/qiZDoe8vkU

Tony Stark knows a hero when he sees one.

Robert Downey Jr. sent a message to Bridger, making him a big promise after the boy rescued his little sister — and it’s good to see Captain America and Iron Man still going at it.

This is what it’s all about. ❤️ pic.twitter.com/hWMjBhWZCf