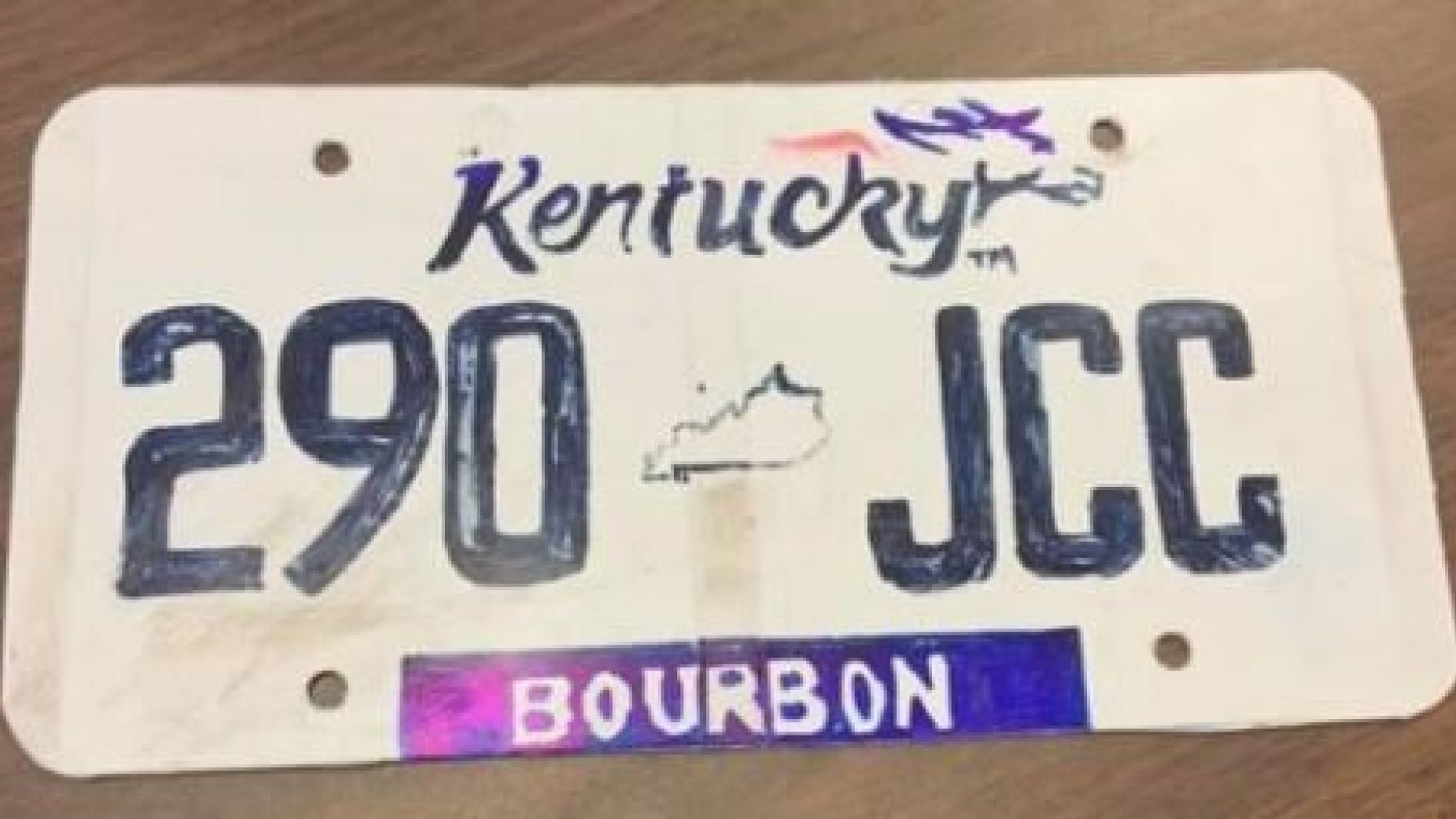 A Kentucky driver was pulled over last Wednesday after police officers noticed something was a little off about his particular license plate, police said.

The driver had apparently thought he could get away with drawing his own license plate.

After more investigation, the officers learned that the driver also had no insurance and was driving on a suspended license.

The bizarre interaction took place in Millersburg, a small town in northern Kentucky, about 100 miles east of Louisville. The driver’s identity was not released.

The Millersburg Police Department offered a “Pro Tip” for drivers hoping to get away with drawing their own license plate: “Don’t forget to draw the registration sticker.”