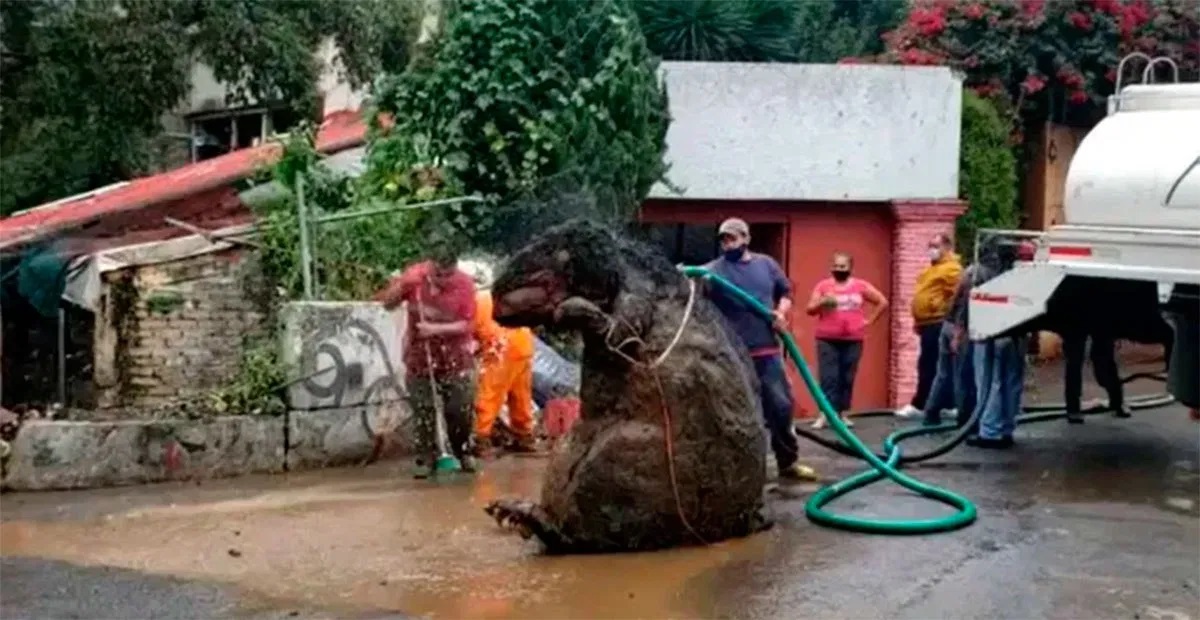 A drainage cleaning project in Mexico City took a bizarre turn when workers unearthed a giant rat costume that was unsettlingly similar to a real rodent. The nightmarish piece of debris was reportedly part of a massive haul of 22 tons of garbage that had been fished out of the city's drainage system in an effort to alleviate a flooding problem which has plagued the community over the last few weeks due to heavy rain. As one might imagine, the enormous 'rat' constituted quite the clog and spawned something of a mystery as far as where it came from and how it got in the drain.