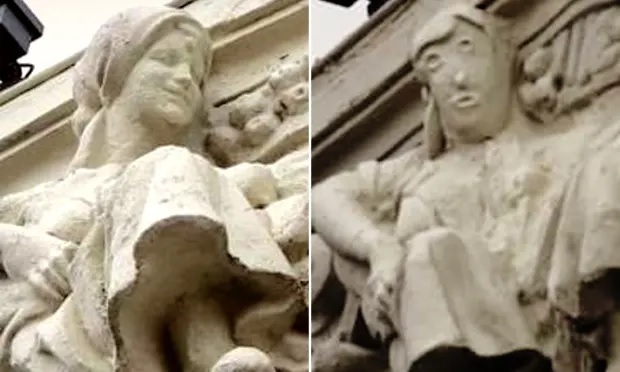 Much to the amusement of many people online and the outrage of art enthusiasts the world over, a statue in Spain is turning heads after an attempt at restoring the piece transformed it into a cartoonish monstrosity. The artwork in question reportedly sits on the side of a building in the city of Palencia and was originally created back in 1923 as part of the construction of the site. Nearly a century later, the now-weathered statue apparently needed some care and so a yet-to-be-identified individual set about refurbishing the piece, but wound up wildly botching the job.