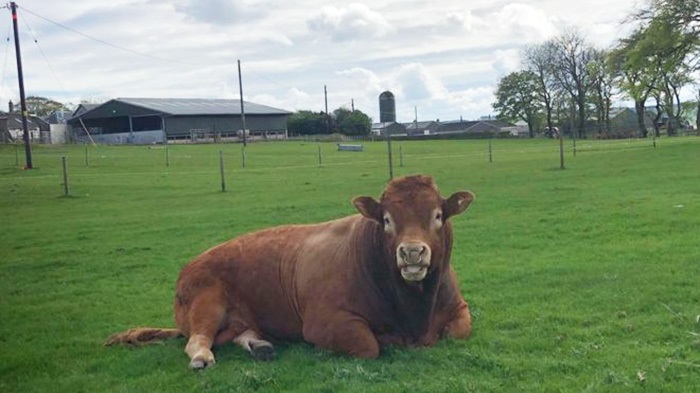 The four-year-old bull accidentally knocked a transformer off an electricity pole that he was using as a butt scratcher.

Ron miraculously managed to avoid the box as it landed in his field, and escaped an 11,000 volt shock from the tumbling cables.

But it left hundreds of homes in three nearby villages without electricity.

Farm owner Hazel Laughton said she was joined by Ron while assessing the damage.

"We were standing looking at it and the bull just sheepishly walked up to the fence. He just looked a bit stunned. I don't think he really knew what had happened," she told the BBC.

While the local energy company repaired the damage, Laughton decided to post a letter of apology on a local Facebook group on the bull's behalf.

"Our bull Ron would like to apologise to everyone in Chapelton and Strathaven for causing last nights power cut to over 700 homes!! He had a itchy bum so scratched it on the electricity pole and knocked the transformer box off! He's just happy to be alive this morning after somehow escaping 11,000 volts and a large bump on the head! Think we will rename him 'Sparky'!"