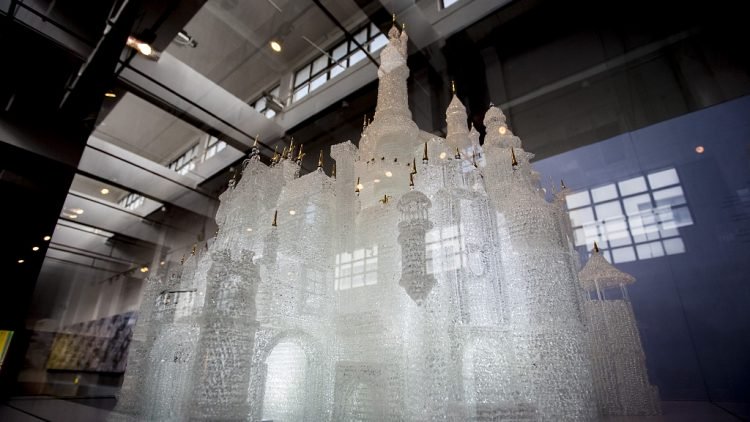 Last weekend, the Shanghai Museum of Glass announced that Arribas’ Fantasy Castle exhibit had been broken into pieces after two children accidentally knocked it down while playing inside the museum. Presented as a gift to the museum in 2016 to mark its fifth anniversary, Miguel Arribas’ record-setting masterpiece was created using around 500,000 glass loops, weighed 60 kilograms and featured spires made with 24-karat gold. It was made up of approximately 30,000 individual parts and weighed over 60 kilograms. Its worth was estimated at around 450,000 yuan ($65,000).