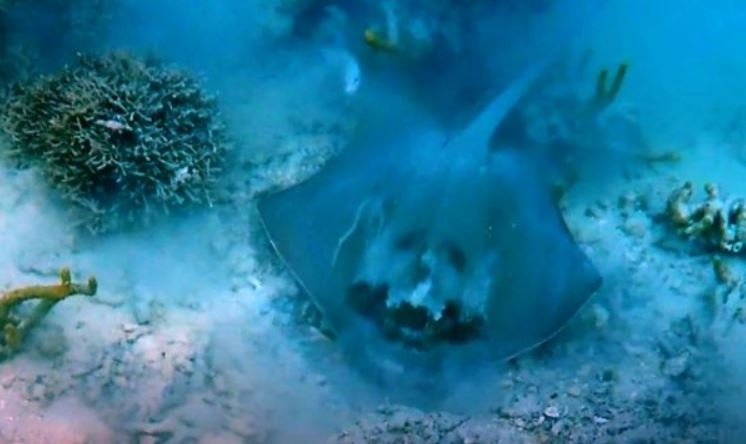 A diver swimming in the waters off the coast of Tonga could not believe his eyes when he spotted a stingray that appeared to sport a sinister face on its back. The remarkable scene was reportedly recorded around a reef near the island of Vava'u. As the unnamed diver was admiring the various sea creatures that populate the area, he was taken aback by one denizen of the deep in particular: a devilish-looking stingray.