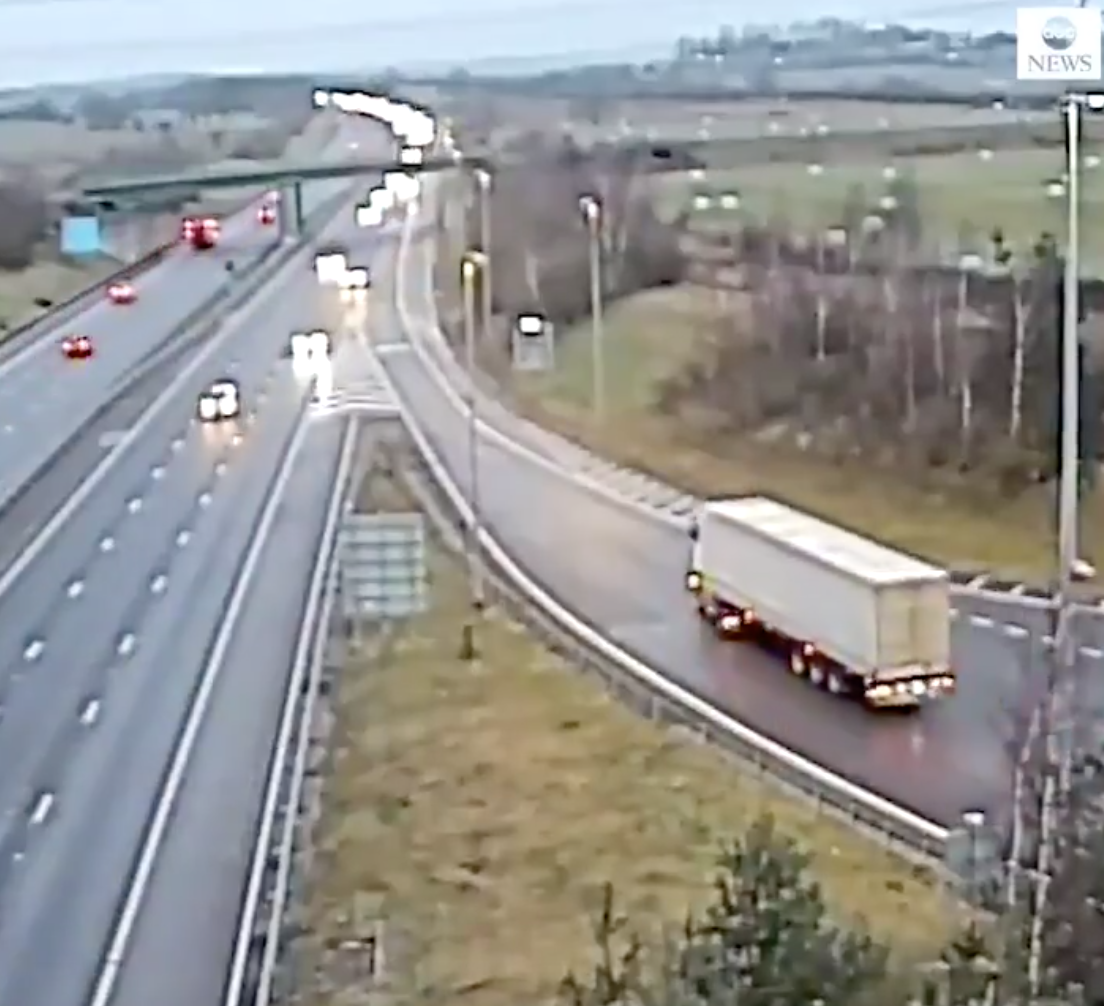 "Imagine this on your morning commute."

Surveillance footage shows truck driver traveling the wrong way down a highway off-ramp amid heavy traffic in the north of England. They were jailed for six months for dangerous driving. https://t.co/97b0BXbXNd pic.twitter.com/Qkcb1Sa7nR

Indian policeman wearing virus themed helmets ride on motorcycles during an awareness rally aimed at preventing the spread of new...