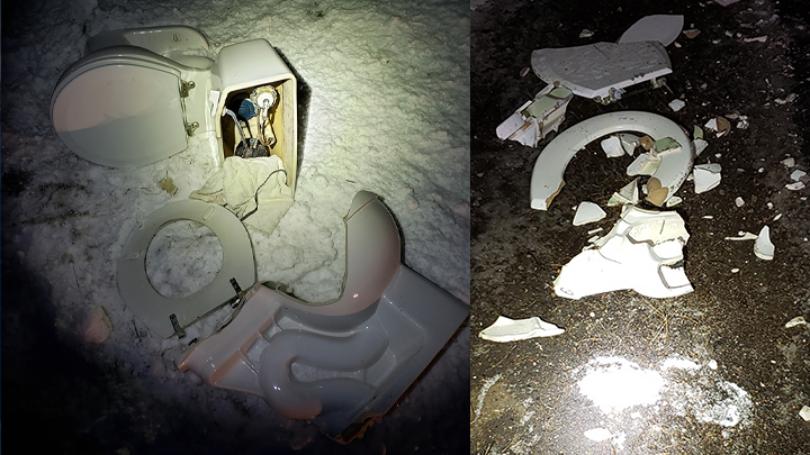 Happy Valentine's Day! We got you a gift! A double dose of Knucklehead News.

The first story comes out of Washington state. A man was recently pulled over for speeding. He also had a belted-in stuffed dinosaur and was attempting to ride in the HOV lane with the dino as his passenger. He was called out by the local police department on Twitter.

This falls under the category of #DoesNotCount. Trooper Brock contacted this vehicle for speed and HOV NB I-5 near 320th. Even if you have a favorite stuffed animal it doesn't count as a passenger for the HOV! pic.twitter.com/T3UQ7y9ihp

The second story is quite unusual. It comes out of Marshfield, Wisconsin. A woman was driving down a road in town when she hit a toilet in the middle of the road. She said she didn't see the toilet until it was too late. There were two toilets in the middle of the left and right lanes, and police believe they were left there intentionally. See the photo of the damage left behind from the broken toilets above.