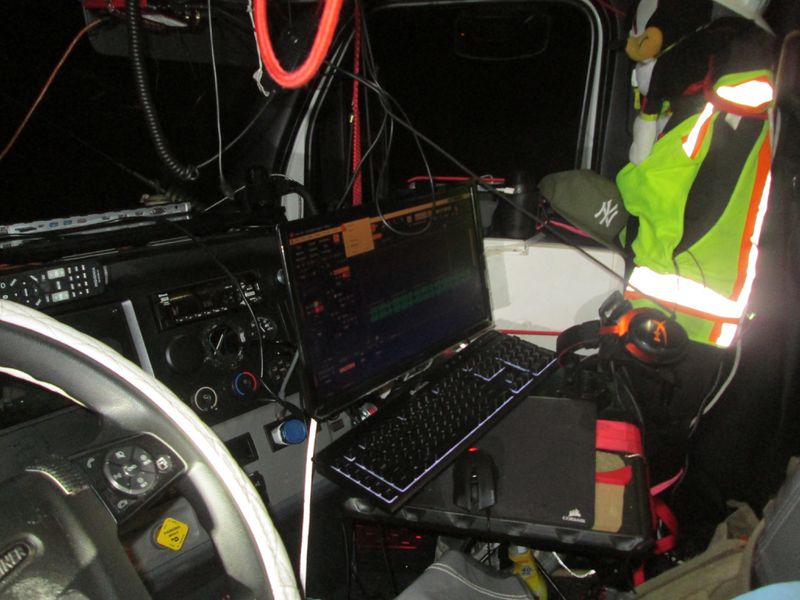 A semi-truck driver in Washington was recently pulled over for going 17 mph over the speed limit. He was arrested on suspicion of drugs, but reprimanded for alleging producing music in his car as he drives. The arresting officer photographed the cab of his truck and all the man's recording equipment, sharing the photo to Twitter with the hashtag #notacceptable.

Just when you thought you have heard it all.....Trooper Trombley stopped a semi truck driver for speeding (17 over). After arresting the driver for suspicion of DUI/drugs, he found out that the suspect produces/records music while driving down the highway. #notacceptable pic.twitter.com/QdAdj1ZS4G