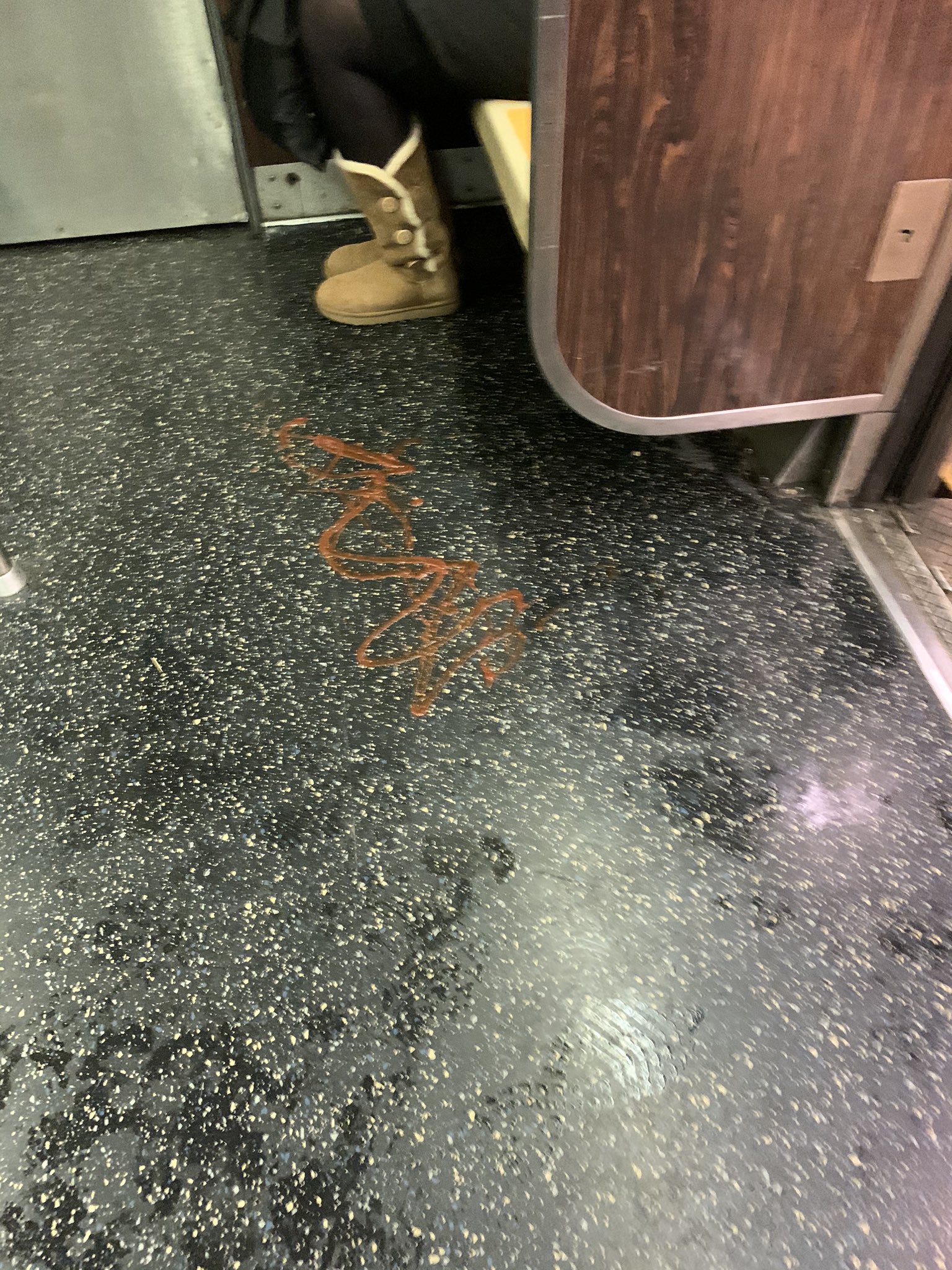 It's virtually impossible to have your own space on a subway car. People are crowded together like sardines just trying to get where they're going. One Knucklehead recently took matters into his own hands and created a perimeter around himself using ketchup on the floor of the subway car. We get it, flu season is in full swing. But this...is a bit much.

A straphanger in morning A train pulled a bottle of ketchup from his bag and squirted a perimeter on the train car floor to keep folks from crowding his seat. Props to the woman seated next to him who is not going to give up her seat. #MTA pic.twitter.com/efuc1YHoAX