I Went to Kanye West’s Sunday Service at Lakewood, And I Felt Everything 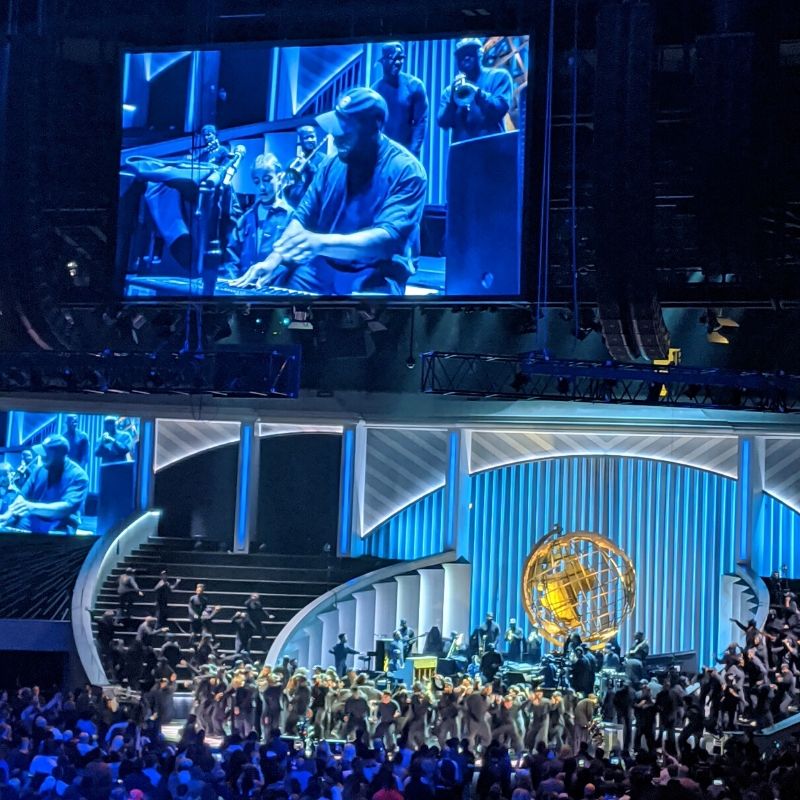 You’re going to see a lot of reactionary blogs responding to Kanye’s current Sunday Service tour-of-sorts. You can expect everyone to weigh in with their thoughts and opinions and it makes me hesitant to share mine. Here goes anyway...

Joel Osteen’s church is mammoth. A former basketball stadium with a capacity of 16,800, every seat was filled last night as Kanye West performed alongside his Sunday Service choir and band. A listener to NGEN was kind enough to give me a ticket pre-sale code, so I was one of the lucky ones to witness Sunday Service first-hand.

Everything was bathed in royal blue as the choir started to sing. I felt goosebumps rising on my skin as their voices mixed together in a way that can only be described as angelic, ethereal, heavenly. The choir director, Jason White, goaded the crowd into participating. But that’s just the thing – although the choir knew when, what, and how to sing, audience members were left to blindly find their way in the midst of the choir’s perfectly arranged voices.

After 20 minutes of the choir leading one gospel song after another, I wondered when Kanye was going to show up. I also wondered when I was going to hear hip-hop. Although I was aware that this was a Sunday Service and not a Kanye West show, I desperately hoped beyond hope that it would feel like a performance of his stellar songs from Jesus is King. 30 or 40 minutes later, after Joel Osteen shared a brief but encouraging message, Kanye performed “Selah”, which was beautiful.

Kanye is clearly not a singer, but he sang regardless, which was beautiful. It felt like pure worship from the heart rather than worship used to simply flex a talent.

There was an altar call, and Jason White invited all the attendees to come to know Christ in a personal way and accept Him as their Savior. Thousands of people prayed the sinner’s prayer together. Their voices echoed around me.

Everyone is talking about what happened last night at Lakewood. The news coverage is astounding. It’s worth talking about – two controversial figures, Joel Osteen and Kanye West – met on the stage and shared their faith boldly through their unique methods. I have no doubt many came to know Christ.

I have two main highlights from the evening.

One: Kanye singing “He saved a wretch like me,” with everything in him as the song “Selah” wound to a beautiful, cinematic close. You could tell he meant it.

Two: The finale, “Closed on Sunday.” A lot of people thing the song is a joke because it has a lot of Chick-fil-a references, but the last minute of the song is a bold declaration of faith. Kanye name-checks a spirit of promiscuity – “Jezebel don’t even stand a chance” – and declares that God will continue to make a way for him.