Aaron Cole Wins New Artist of the Year At the Dove Awards, See All the NGEN Artists Who Won 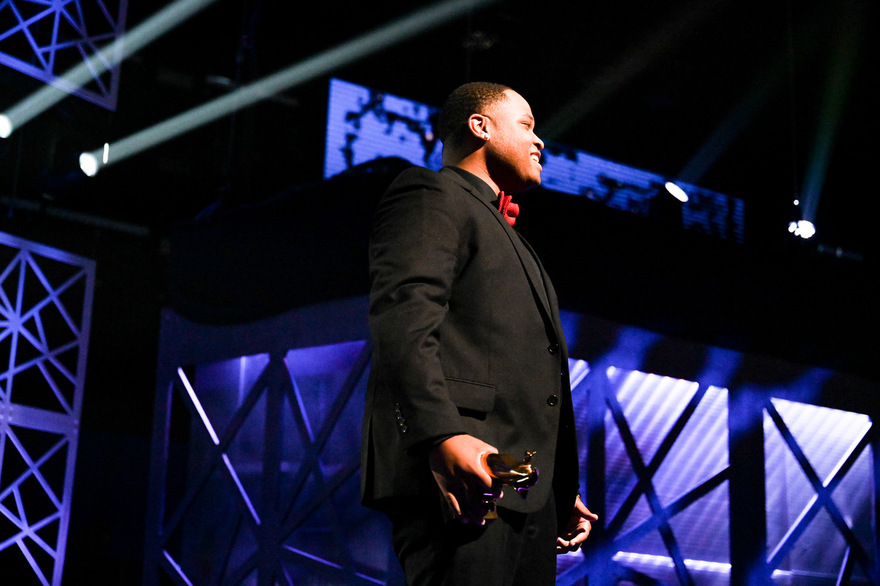 Aaron Cole had tough competition at the Dove Awards Tuesday night. Also in his category for "New Artist of the Year" were pop breakout artist Riley Clemmons and former singing competition star Austin French. Aaron Cole pulled off the victory, however, and performed his song "There For Me" from his debut album Not By Chance. Aaron's win is a big deal, not just for him, but for the industry as a whole. His win marks the first time a Christian hip-hop artist has ever won the award. In many ways, this is a tangible nod from the Christian music industry to the Christian hip-hop community.

The newspaper The Tennessean named his speech one of the "Top 8 Moments of the night," calling it "a brilliantly candid speech for [The Dove Awards'] future highlight reels."

Aaron said, "I just wanna thank God, bro ... It's a lot of hard work, you feel me? This is a lot of doing rap shows, chicken dinners ... sleeping on couches. Any artist out there that got a dream, if a boy from Bristol, Virginia — y'all don't even know where that's from — can do this, you can do this. Oh snap. Let's Gooooo!"