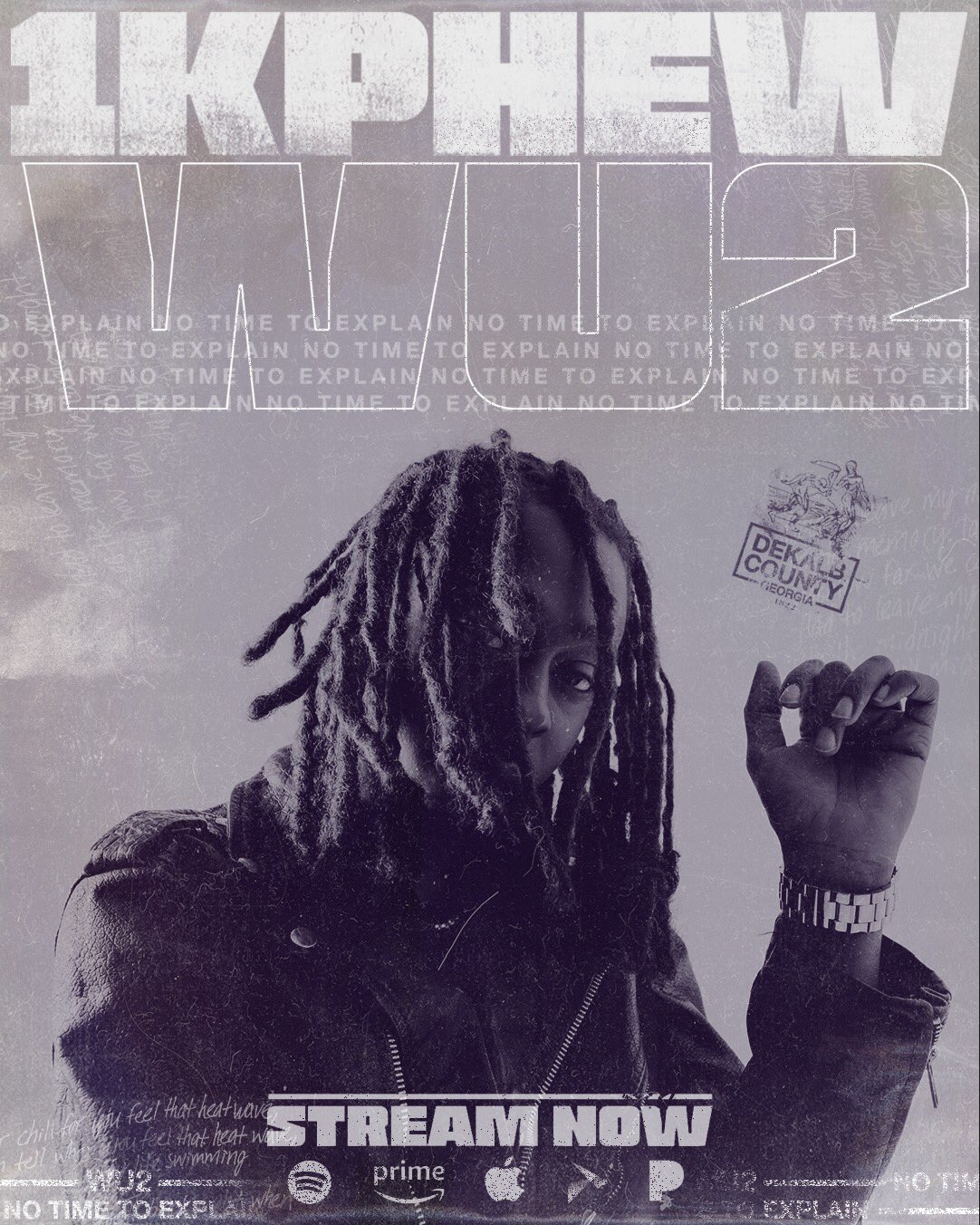 All month long, 1K Phew has declared October "Phewtober." He has been teasing the release of his album What's Understood 2, the sequel to his 7-song project What's Understood, which was released earlier this year.

What's Understood 2 is stacked with features. "Wild N Out" features Lecrae. Kung Fu reunites WHATUPRG and Ty Brasel, Aha Gazelle is on "Can't Hear U," and Aaron Cole makes an appearance on "Glory."

1K Phew also had billboards put up in his hometown of Atlanta to promote the album.